8 Aug 2018 – Brands around the world are increasingly embracing sustainability — and not just for reputation management as it was in the past. A McKinsey survey revealed how many companies are applying sustainability principles to improve their operations and boost productivity and growth.

Most of these companies contribute to sustainability efforts by cutting energy consumption, developing green products and educating their employees. But a few choose sustainability as the basis for their existence right from the start. Below are seven ways in which startups are making money even as they save the oceans.

Of the 400 million tons of plastic produced by U.S. factories annually, only 18 percent is recycled. According to the World Economic Forum, our oceans receive upwards of 8 billion kilograms of plastic every year. That’s equal to a truckful of plastic being dumped in the ocean every minute.

To reduce the amount of non-biodegradable waste floating in the oceans, G-Star Raw, together with Parley for the Oceans and Bionic, is making a unique contribution to the fashion industry. The companies have created the first denim collection — Raw for the Oceans — made from ocean plastic.

Parley sweeps the ocean for plastic and retrieves it for Bionic, which makes yarn out of it. Next, G-Star, through a sophisticated manufacturing process, turns the yarn into denim. The result is a product that looks and feels like regular denim, with the unique distinction of being born of the efforts to save the oceans.

Bureo, whose name means “the waves” in Chilean Spanish, is a startup that aims to reduce ocean pollution by recycling discarded fishnets to make a range of cool products, including skateboards and sunglasses.

Through the Net Positiva program, the first-ever fishnet collection effort in Chile, Bureo provides local fishermen with environmentally safe fishnet disposal points. In return, it gets raw materials for making plastic pellets, to be used later in the production of durable quality products.

Begun in 2012 by three friends, the company was born out of the founders’ growing concern for the health of the oceans. Since they tested the concept in 2012,those three — Ben Kneppers, David Stover and Kevin Ahearn — have been on a mission to lead the revolution against ocean pollution. Their hope is for the movement to gain momentum,and like the waves, over time gather enough energy to clean up the planet.

Awake Watches is a startup founded by two French entrepreneurs, who have made a statement about their strong environmental values through their product: a stylish but also sustainable watch.

The product’s tagline reads: “The most sustainable watch. Ever.” And that may be: The watch’s straps are made of recycled plastic, and its case is built from recycled stainless steel. Moreover, the watch is powered by sunlight, eliminating the need for a mercury battery. A three-hour exposure to light gives the timepiece enough power to run for six months without recharging.

The watch’s flawless design, the company says, was inspired by the elements of nature. This connection to nature is further reinforced by the use of waste and recycled materials as well as the product’s sustainable energy source.

According to the father, Noel Huelsenbeck, the company creates an ocean-friendly line of organic cotton clothing that goes from “seed to shirt.” Part of what makes PuraKai’s products ocean-friendly is that the clothing is made out of organic material without the kinds of harmful additives that eventually end up in the ocean.

5. Making oil out of plastic

Typically, when we load our trash bins with garbage, we expect that the plastic we’re disposing of, which makes up 80 percent of the trash, to be recycled. Studies have shown that it’s usually not.

Living up to its name, a company called Recycling Technologies has developed breakthrough technology for plastic recycling. It can melt down all plastic — not just bottle plastic — in large volumes. Once melted, the plastic is turned into oil called Plaxx. This new oil can then be used as a heavy fuel substitute and a raw material in polymer production.

The  Swindon, U.K.-based company describes its innovation as “the greenest and cheapest solutions yet for end-of-life plastics,” with the capacity to handle continuous processing of large volumes of waste, making our planet greener.

For every product it sells, United by Blue, an outdoor apparel company, pledges to remove a pound of trash from the oceans and waterways. At the time of this writing, the company had removed 1,091,976 pounds of trash.

To promote the spirit of community involvement among its employees, the company offers 20 hours paid time off for community service. Besides getting its own employees’ hands dirty, the company invites the public to join their cleanups.

To further its environmental agenda, United by Blue holds its suppliers to specific environmental standards, preferring recycled and natural, organic materials. And 75 percent of its office supplies are made from recycled materials.

United by Blue wanted to prove that “a successful outdoor brand can do serious conservation work.” It seems to have succeeded.

Every problem has a solution. The existence of companies such as those featured here, demonstrates that in the 21st century, solutions to problems of our own creation, even ones as big as the plastic-pollution problem, can be turned into sources of revenue. 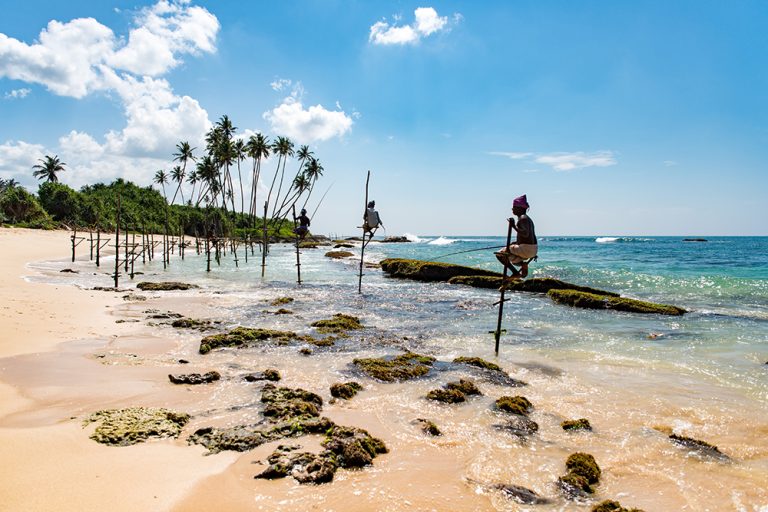 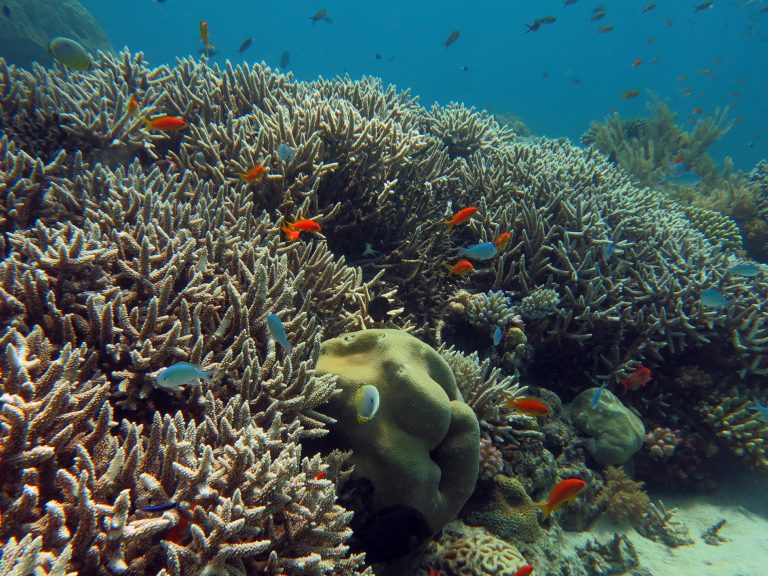 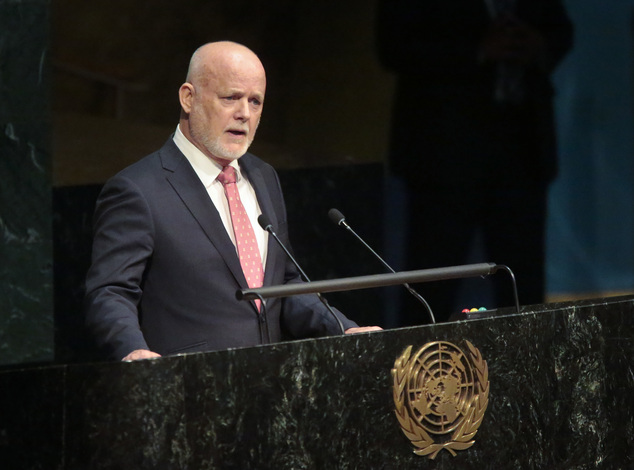 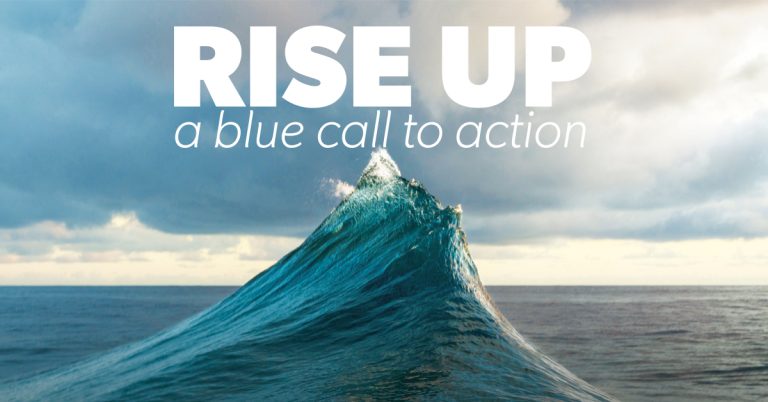 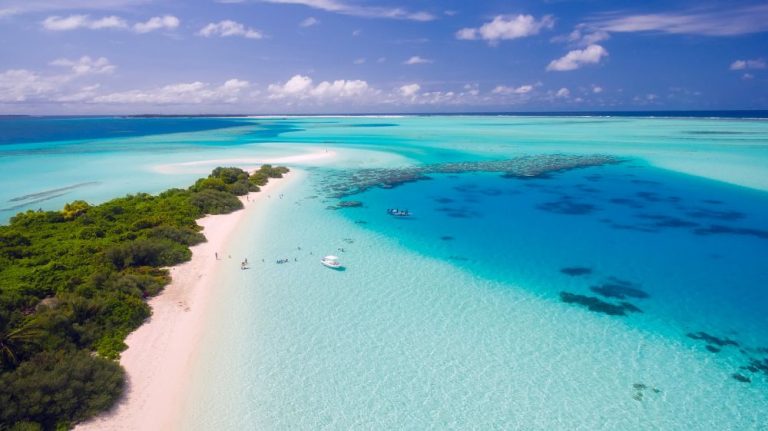